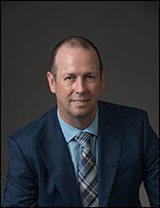 The Legislative Assembly unanimously adopted a motion to appoint Mr. Paul Martin, FCPA, FCA, as Auditor General for the Province of New Brunswick effective January 2022. Reporting to the Legislative Assembly and serving the people of New Brunswick, Mr. Martin assists the legislative assembly in holding the government accountable by reporting on its stewardship of public funds and resources.

Prior to taking on the role of Auditor General, Paul was the Comptroller for the Government of New Brunswick. In this role, he was tasked with oversight of accounting, financial systems, internal audit, consulting, and enterprise risk management.  Prior to joining government, he was an Audit Partner with a national accounting firm.